Gallery Naruyama is pleased to present an exhibition of a comic artist, Atsushi Kamijo celebrating a publication of his first book that comprehends artist’s thirty years of career.

Since his debut in 1983, Atushi Kamijo has made a great impact on various fields by works such as ‘TO-Y’ and ‘SEX’. Despite his violent characters such as a Rock’n’Roll musician, an outlaw in Okinawa or a fighter, the atmosphere in his work always stays calm. I believe he is succeeded in depicting a moment of beauty, which could only be given to those with fragile lives. He takes his love of music, films, photography, literature, pop art, graphic design and illustration into a cartoon- a composite art of pictures and narratives. It is often argued that cartoon is a culture of deformation brought by omission and condensation, however, what Kamijo does is rather sensitive as he focuses on forms that's brought by carefully selected and eliminated lines. His interests are poured equally on both human characters such as an intrepid man or a woman with a grace as well as landscape and inorganic objects. Sharp pen lines and precise dots of screentone are combined to create a picture of prime monochrome expression.

We will present variety of works including his early pen drawings, SHISEIDO advertising, collaboration with NIKE and addidas and recent works. It is also my privilege to present one of the best portraits by the artist, which has been created only by scratching screentone. We expect to present some new works for the exhibition. 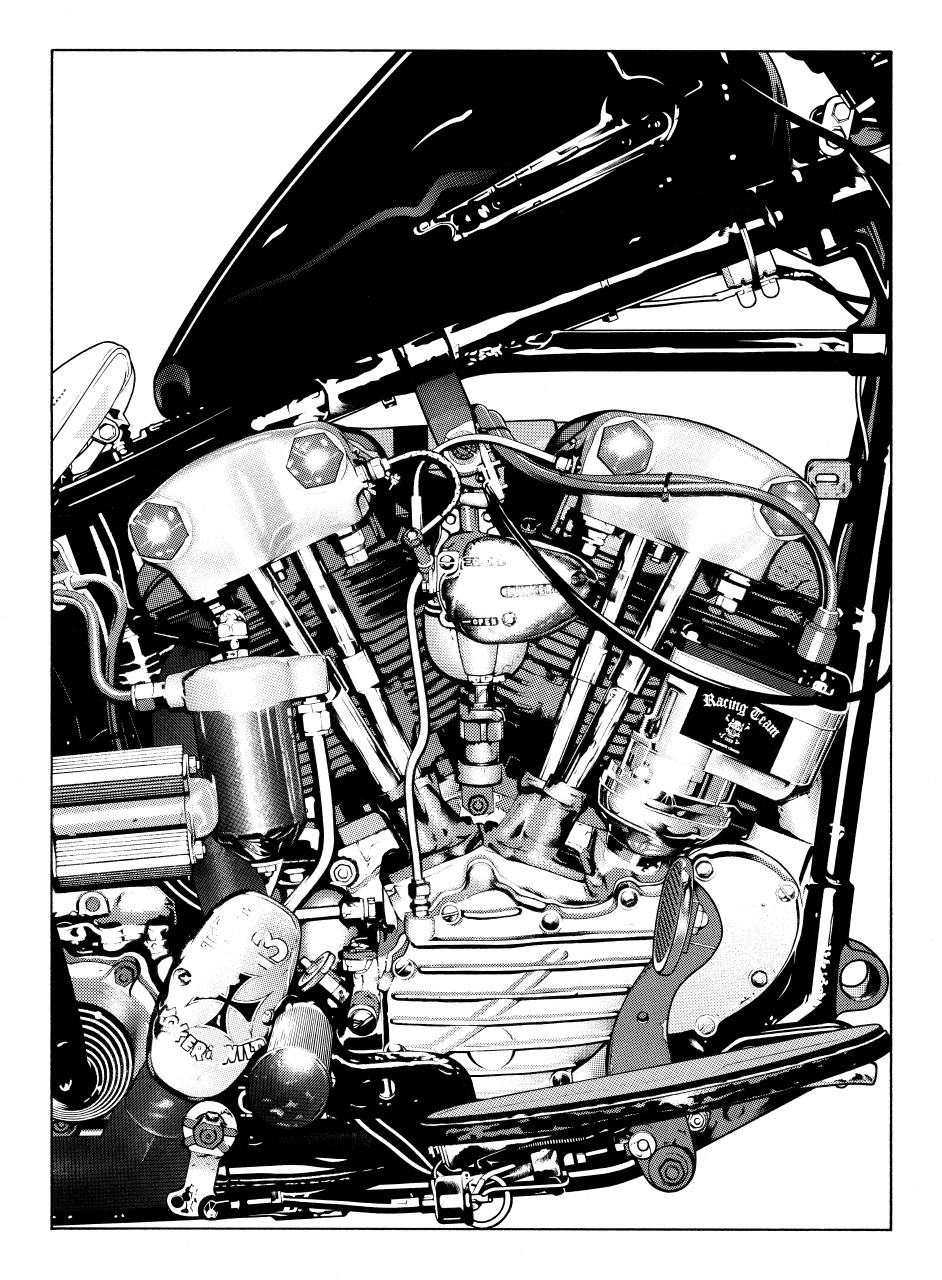